What Are The Signs of an Incomplete Abortion? Sage Women’s Center 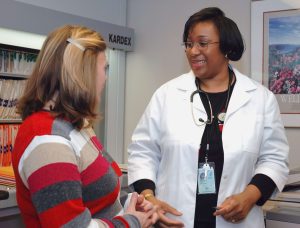 Bethany had been surprised by her positive pregnancy test. She quickly decided to have an at-home abortion, taking a series of pills to end her pregnancy. The clinic that prescribed her the mifepristone assured her that she would return to normal within a couple of days.

But the problem was, she wasn’t. A few days after Bethany’s abortion, her abdominal pain had not subsided. In fact, it seemed worse. She was still bleeding through multiple pads in an hour. She decided to take her temperature and noticed it was high. She called her doctor immediately and was instructed to go to the emergency room. She discovered she had an incomplete abortion that resulted in a serious infection.

What is an Incomplete Abortion?

Sometimes an abortion does not fully remove all the parts of the pregnancy. This can happen both with surgical abortions and with medicinal abortions.

What Causes an Incomplete Abortion?

Most often, incomplete abortions happen when women take the abortion pill at home without the supervision of a doctor, resulting in user error.

Sometimes medical professionals also fail to get all of the parts of the baby when performing a surgical abortion. This can happen for a myriad of reasons, including trying to rush through the abortion to maximize the number of patients an abortionist can see in one day.

According to the National Library of Medicine, about 50 percent of incomplete abortions are caused by chromosomal abnormalities. Other cases are the results of the mother’s age, health, and habits. Some are the result of poor medical care or improperly completed abortion procedures.

What Are the Symptoms of an Incomplete Abortion?

Just like Bethany experienced, cramping and moderate to severe vaginal bleeding are common signs that something is not quite right after an abortion.

A Medicine Case Study reported that an “Incomplete abortion can cause prolonged vaginal bleeding lasting 2 or more weeks. Delayed diagnosis or intervention leads to uterine infection and anemia and requires further blood transfusion or intervention.”

If you are bleeding through multiple maxi pads in one hour or your toilet is full of blood, you should call your OBGYN immediately.

Other signs of an incomplete abortion include lower back pain and pelvic pain.

If you also have a fever alongside any of these symptoms, you should seek emergency care; these can be signs of an infection or oncoming septic shock.

How is An Incomplete Abortion Treated?

Your doctor will order an ultrasound to see if/how much of the pregnancy tissue is left inside your uterus. They may also check for a fetal heartbeat.

After being diagnosed with an incomplete abortion, your healthcare provider will want to see you for several follow-ups to check your beta-HCG levels. Most of the time, your body will expel the remaining tissue on its own, but in some cases, it will need to be removed surgically.

Sometimes an IV for extra fluids or pain medication will be given as treatment. And in rare cases where too much blood has been lost, a blood transfusion may be administered.

If you have an infection, you will need antibiotics.

Do You Have More Questions?

If you wonder if you may have had a miscarriage already or if you have had an abortion procedure that possibly didn’t go quite right make an appointment with your doctor.